I’m jumping on the bandwaggon for the WWW Wednesday meme hosted by Taking in a World of Words.

The three W’s are

What are you currently reading? 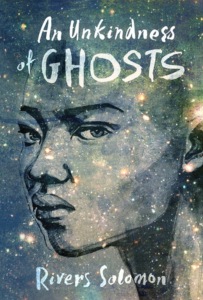 Currently about 14% in. I’m borrowing this from Libby the Library App which is a great app.

I don’t know much about this book, but I heard a lot of good things about River Solomon’s writing.

The book takes place on HSS Mathilda which is a lone spaceship looking for a habitable planet. Aster is a healer or medic working on the lower levels amongst the lower people.

There are some interesting views and exploration regarding gender in this book so far. on one level they refer to their childer as “them” or “they” making them more non-binary than anything, while on another level all the adults are “she”. There is also a level where humanity has been altered and all the offspring are born intersex to varying degrees. All this makes the book very interesting as gender and sexual orientation is a subject I find very interesting and close too.

So far so good. 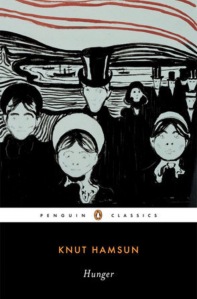 Currently about 14% as well.

It’s a classic Norwegian read and I’m reading this as part of ReadHarder challenge.

I do not suffer from depression, and I’m generally quite happy these days, which is good when reading this book as the main character is quite depressing. After reading only 14% of this book, my favourite quote is this: ” Autumn, that tender, cool time of the year when all things change their colour, and die”. It’s so dramatic its funny.

I also think the main character, which is the author himself, will at some point go bit mad. That’s what its like to be a poor writer in 1848 Norway. I’m glad we found oil…

What did you recently finish reading? 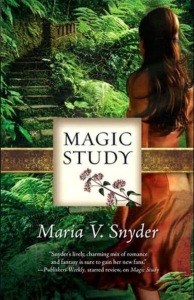 I really loved this book and the return to Yelena and her world. I almost pickup up Fire Ststraightigth away, but An Unkindness of Ghosts became available on Libby so I had to read that first.

I really enjoy reading about this world. I enjoy exploring the cultures, the magic systems, the different countries, and the people.

There is a whole set of new character in this book, with several of the characters from the first book having appearances too. The ending sets up the third and final book very nicely.

What do you think you’ll be reading next?

The Queens of Innis Lear by Tessa Gratton 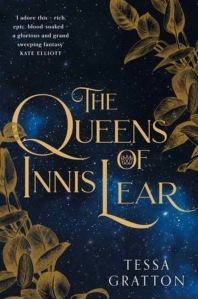 I got this as an ARC from NetGalley and I’m planning to read it as soon as possible.

According to NetGalley, this is what it’s all about:

A KINGDOM AT RISK, A CROWN DIVIDED, A FAMILY DRENCHED IN BLOOD

Tessa Gratton’s debut epic adult fantasy, The Queens of Innis Lear, brings to life a world that hums with ancient magic, and characters as ruthless as the tides.

The erratic decisions of a prophecy-obsessed king have drained Innis Lear of its wild magic, leaving behind a trail of barren crops and despondent subjects. Enemy nations circle the once-bountiful isle, sensing its growing vulnerability, hungry to control the ideal port for all trade routes.

The king’s three daughters – battle-hungry Gaela, master manipulator Reagan, and restrained, starblessed Elia – know the realm’s only chance of resurrection is to crown a new sovereign, proving a strong hand can resurrect magic and defend itself. But their father will not choose an heir until the longest night of the year, when prophecies align and a poison ritual can be enacted.

Refusing to leave their future in the hands of blind faith, the daughters of Innis Lear prepare for war – but regardless of who wins the crown, the shores of Innis will weep the blood of a house divided.

Queendom of the Seven Lakes by A B Endacott 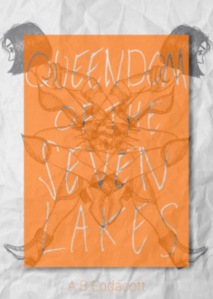 I got this as an ARC from NetGalley as well and also planning on reading it very shortly.

According to NetGalley, this is what it’s all about:

“Your Majesty, I take life. I am not certain that my skills actually extend to preserving it.”

There are always those who are willing to pay for someone else’s death. Having grown up amongst the Family of Assassins, Elen-ai knows well the prices people are willing to pay to see their enemies fall quickly, quietly, and discreetly. When she is asked to preserve life rather than take it, she is surprised. Upon hearing that her charge is the Queen’s only child Gidyon, who is secretly being groomed to succeed his mother, she is horrified. To ensure political stability, no man has ever sat on the throne of the Queendom of the Seven Lakes. Yet one does not easily refuse a Queen, and so reluctantly, Elen-ai accepts the contract.

Her fears only deepen upon meeting the sixteen-year-old Prince Gidyon, who treats her as no better than a petty murderer. However, following an attack on his life, Elen-ai is forced to admit that the danger of leaving this boy-prince alone may be even worse than leaving him to his own devices. Elen-ai reluctantly accompanies Gidyon across the country to identify those within the seven most powerful families who are responsible for the attempt on the Prince’s life.

Somewhere in their travels from the calm waters of Lake Tak to the looming cliffs above Lake Bertak, the two form an unlikely yet profound friendship, and Elen-ai begins to see that Gideon has the makings of a great ruler within him. As they meet with the families of power, it becomes increasingly clear that secrets and power games run far deeper throughout the Queendom of the Seven Lakes than either of them ever suspected.

I am a sucker for female assassin stories so we’ll see how this goes. 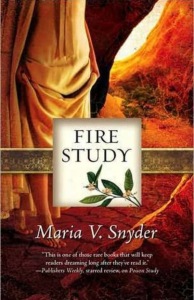 Because I can’t stay away, I will pick this up as soon as I finish the two ARCs above.

I quite looking forward to seeing where she goes and with who. I’m really looking forward to this ending. Mainly because I know it doesn’t end there. In the same universe, there are the Glass trilogy and the other half of the study series or the Soulfinded trilogy starting with Shadow Study.

So it’s not the end. Thankfully.

Have you read any of these? What are you currently reading?