I have never read a feminist manifesto but I always wanted too. So when I saw this on NetGalley I thought, yeah!

Feminism is a subject close to my heart. I have always considered myself as a feminist being brought up in a well balanced equal Scandinavian society. Boy, was I wrong!

As this book is a non-fiction I’m not entirely sure how to review it so I’ll just do it my way.

This ARC was provided to me by NetGalley and Oneworld Publications in return for an honest review. Thank you!

Through a mixture of memoir, opinion and investigative journalism, Clementine Ford exposes just how unequal the world continues to be for women. An incendiary debut taking the world by storm, Fight Like A Girl is an essential manifesto for feminists new, old and as yet unrealised that will give them new language to articulate their experiences. Fight Like A Girl will make you laugh, cry and scream. But above all, it will open your eyes to a way forward, a brighter future, and a society where both men and women can flourish equally – and that’s something worth fighting for.

This was one amazing read! It’s a mix between a memoir and an opinion, and shifts between being a “laugh out loud” sarcasm to honest and angry. I would like to think it’s not an aggressive book, but it makes several points which will make you angry at society and the way the world looks at and treat women, and possibly at yourself.

I considered myself a feminist but after reading this I have clearly not always acted like it. I am changing my ways!

The book deals not with the standard subjects of equal pay, and equal right. Those subjects is a given. As the author says, it should not be a privilege but a given right. This book deals with the small stuff. How we (all genders) look at women. How we treat women. How we look at feminists. How we behave towards women we don’t know. How men react when a woman speaks out about anything with any level of emotion (all versions are judged). And above all this book speaks about rape culture.

I learned so incredibly much from this book, and I’m absolutely in love with it.

This book starts off very angrily which again made me angry. Unfortunately, I was reading this during lunch break at work – at one point (5% in) it made me so angry I was agitated and firey for the rest of the day until I went to bed. I had to listen to my audiobook The Silk Road by Peter Frankopan to calm down. Lol.

It clearly hit me.

After this turbulent introduction, the book takes on a new subject for every chapter. It eases you in with a chapter on body weight. Then it goes on to talk about other subjects like female sexuality (hush hush subject and generally bad, but it’s not), “the Good Guys”, “dicktionary”, and it’s ok to be angry (cause anger causes change) amongst a few.

Every chapter is build up in a similar way too. First, it’s Clementine Ford’s experience with the subject, then a general experience by women around the world before she moves on to the way it should be or how we could react and why we should react.

I loved how she included all women not just the ones who are born women. She also includes statistics on the subjects she is talking about and how it’s relevant to men too. She doesn’t exclude anyone and it’s not a “man-hating” book.

However, this book does not contain a solution to our problems but it creates a very interesting discussion about the current methods and issues. It will tell you its ok to be angry, and its ok not to constantly please man just because they so clearly need it. And I loved that. This book told me its ok to be who I am. 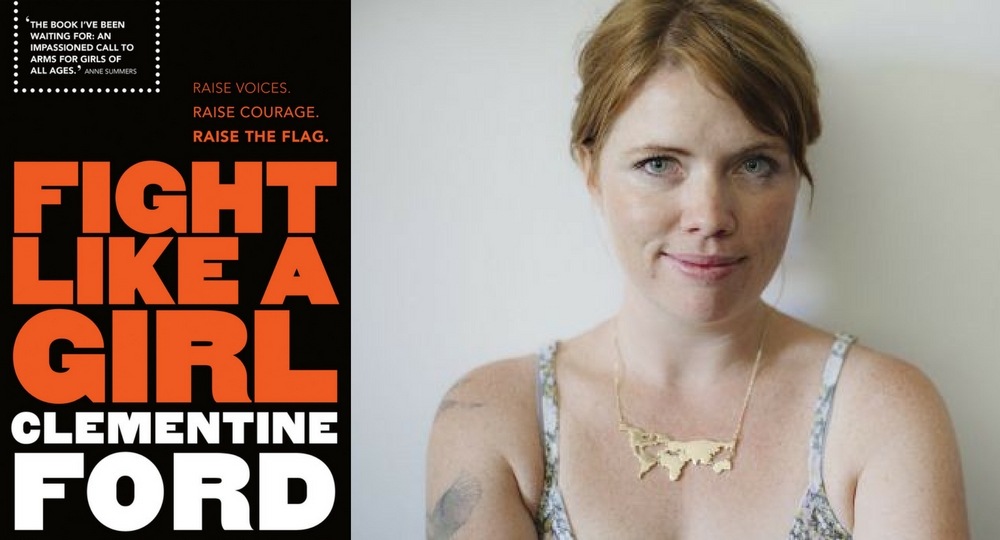 How we look at women’s appearance: “Without a man to qualify our existence with an appreciative erection what’s the point of even being alive?” 😂

About the fight for male attention between girls: “Men are often oblivious to the fact these power dynamics exist, which is why it can be so frustrating to try and explain it. How do you tell someone what air looks like? Just because you aren’t aware of something doesn’t mean you don’t benefit from it.”

Talking about people against abortion: “As far as I’m concerned, these people are terrorists waging a war against woman and our fundamental right to be in charge of our own bodies and destinies, and I will not negotiate with terrorists by operating within their own arbitrary, misogynist set of rules”

About being a feminist: “Unless you’re a cis, white, heterosexual man whose minimal expressions of solidarity with women always nets you the maximum number of pats on the head, maintaining faith in the feminist identity can feel like pushing shit uphill while having more giant buckets of shit fired at you from a cannon constructed entirely out of shit”

Reaction to a specific abuse comment on her tweet: ” I invite you to count the fucks I give in the field in which I store my fucks where there also happens to be no fucks left because the field is made entirely out of concrete and actually doesn’t exist”

About the value of women: “Out bank balance rise and fall based on how fuckable we are, how polite, how docile, how deferential, how eager to please and how willing we are to pretend that this state of affairs is just normal but actually desirable – and all of that happens before we even take into account the value meted out arbitrary according to our skin colour, size, physical ability, biological sex and economic status.”

About the good guy: “Sure, most men might not be bad. You’re probably not bad. But it takes more than ‘not being bad’ to be ‘actually good’.”

About being angry but not constantly explosive, and any it’s good: “It means I’m paying attention”

About the severity of rape: “One-fifth of all woman over the age of fifteen are sexually assaulted in their lifetime. Most of them by people they know.”

About reactions on rape: “Telling a woman to protect herself from rape doesn’t stop men from raping”

All in all: “Bitter is the new black, babes.”

I absolutely loved this book and can’t recommend it highly enough to all people of all genders!

This book left me with so much. You know the feeling of having a wonderful time with someone and then they go home and you don’t really know what to do apart from looking at the spot where they sat? That’s how I feel now. A bit melancholy for it being over. I felt we had such a good time. Also, I learned an incredible amount within 400 pages. I will never look at the world in the same way. and I’m both happy and angry about it.

Bear in mind it will make you angry, but it will also make you laugh out loud.

And lots of trigger warnings, mostly for rape and sexual abuse but also for mental health and violence.

Are you interesting in reading it after reading my review? Let me know!

8 thoughts on “Review – Fight Like A Girl by Clementine Ford”